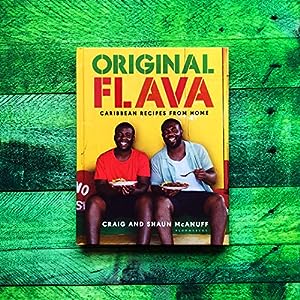 Craig and Shaun McAnuff, raised in London and of Jamaican descent, are bringing Caribbean food to the masses. In April 2016, they launched the Original Flava brand, sharing videos of them cooking simple Caribbean recipes. Their videos went viral and within a month they had garnered 70k followers and had been interviewed on TV. They have since been featured on the BBC, Buzzfeed, BET Network, London Live and Reprezent Radio, and successfully self-published their first cookbook Caribbean Cookbook in 2017.